That’s right ladies and gentlemen, we have a new year in front of us which means one thing: new movies! Now, January is usually referred to as Hollywood’s “Dump” Month. Meaning they will release movies that they don’t think will perform well or are not confident in. Sometimes that is the case, but sometimes a movie will outshine the “trouble” month. January is also filled with expanded releases of movies that came out in December so there is also that to look forward to.

(Movie Release Dates are based on Box Office Mojo and IMDB)

A Most Violent Year (expansion): Oscar Isaac and Jessica Chastain star as a couple fighting to protect their business and family during the most dangerous year (1981) in New York history. The film looks pretty great and I honestly did not know too much about it until I saw the trailer a while ago.

The Woman in Black 2: Angel of Death: Set 40 years after the events from the first movie. Angel of Death sets the action during WWII when a group of children are sent to the Eel Marsh house to hide and unleash the evil inside the house. The sequel also continues the trend of horror movies opening up the beginning of the year.

[REC] 4: Apocalypse: The last installment of the Spanish horror films, [REC] 4 brings back the star of the first film Angela (Manuela Velasco) who wakes up on an oil tanker to be examined, but the soldiers on board don’t know why she’s on board, and then things start to go wrong. The trailer looks great and the first two film were amazing in my opinion, while the third film left something to be desired. 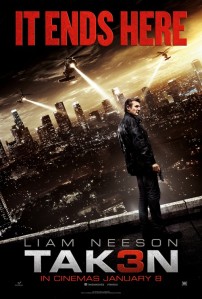 Taken 3: Taken 3 may seem like they’ve pushed the idea of the first film a bit. Some would argue that the second was that too, but Taken 3 – based on the trailer – has put an interesting spin on it, and even making some callbacks to the first movie. But let’s face it, Liam Nesson kicking ass is worth the price of admission alone. Also, this is the last one so there’s another plus if you need one. 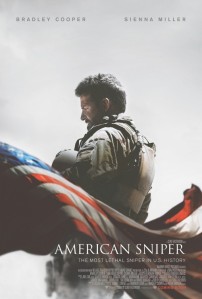 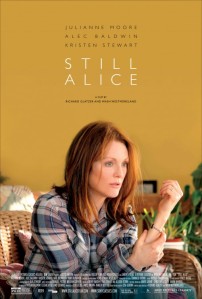 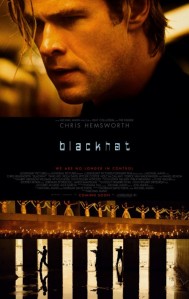 The Wedding Ringer: Josh Gad plays a shy groom who hires a best-man-for-hire (Kevin Hart) to impress his future in-laws. I honestly had no idea what the movie was about until I saw the trailer and I even though I’m not the biggest Kevin Hart fan (in moderation I can take him) the movie does actually look funny. Kaley Cuoco-Sweeting, Jorge Garcia, Cloris Leachman, and Olivia Thirlby also star.

Escobar: Paradise Lost: Josh Hutcherson plays surfer who falls for a girl in Colombia and meets her uncle who happens to be Pablo Escobar (played by Benicio Del Toro). I heard some mixed things about the movie, so it could be hit-or-miss with everyone once he gets a “bigger” release.

Spare Parts: Based on a true story, four Hispanic high schoolers form a robotics club with no experience and a very limited budget, they enter a competition against other robotics clubs and reigning champion MIT. The movie looks like another typical believe in yourself and you can achieve anything with hard work no matter what the odds are, which isn’t a bad thing really, but this might get lost in the shuffle of the other films getting released. The movie stars George Lopez, Marisa Tomei, Jamie Lee Curtis, and Alexa PenaVega.

Still Alice: The movie has Julianne Moore playing a renowned linguistics who stars to forget words and is trying to get through it with her family. I haven’t seen a trailer for it yet but some film festival buzz says the movie is great and might get Moore some award nominations. The rest of the cast is filled with Kristen Stewart and Kate Bosworth playing Moore’s kids and Alec Baldwin playing a doctor.

Paddington: A live-action adaptation of the popular book series is finally coming out. Paddington Bear will be voiced by Ben Whishaw – although originally Colin Firth voiced him but left the project. The movie looks okay, I remember reading some Paddington Bear books when I was younger but I remember not being a huge fan, maybe they’ll win me over. Nicole Kidman, Sally Hawkins, Hugh Bonneville, and Peter Capaldi also star.

Blackhat: Michael Mann is back and this time is taking on cyber-terrorism. The movie follows Nicolas Hathaway (Chris Hemsworth) who helps the American and Chinese governments take down the man responsible. Mann is really hit-or-miss with me but hopefully this is a hit. The movie will span the globe apparently and will go through Chicago to Hong Kong, the cast is very international, which could be really great to see. Viola Davis, Wei Tang, and John Ortiz also star. 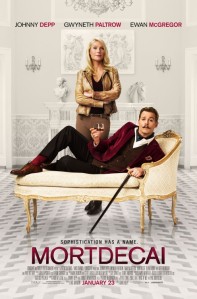 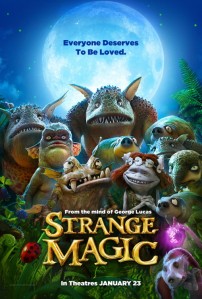 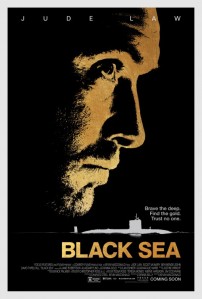 Black Sea: A submarine captain takes a job with a shadowy backer to search the Black Sea for a sub that is rumored to have lost gold. Jude Law will star as the captain in question with the rest of the cast being filled out by Jodie Wittaker, Ben Mendelsohn, and Scoot McNairy.

The Boy Next Door: Jennifer Lopez stars as a divorced woman who after sleeping with – wait for it – the boy next door played by Ryan Guzman, he starts to get a bit to obsessed with her. I’ve seen the trailer in theaters about three times now and every time it does nothing for me. The movie also looks painfully generic and has been done before.

Mortdecai: Johnny Depp plays art dealer Charles Mortdecai who searches for a painting that might be linked to Nazi gold. The movie is based off  books (which I haven’t read) but the movie looks pretty funny and has a descent cast in Olivia Munn, Ewan McGregor, Paul Bettany, Gwyneth Paltrow, Jeff Goldblum, Oliver Platt and Aubrey Plaza.

Black or White: The movie follows a grieving widower who is drawn into a custody battle over his granddaughter, whom he helped raise her entire life. I honestly didn’t know about this movie until I started to make his list. The movie stars Kevin Costner, who might play the widower, I’m not sure, it also stars Jennifer Ehle, Gillian Jacobs, Anthony Mackie, and Octavia Spencer.

The Loft: This movie has been sitting on the studio’s shelf for over a year now (if that), so it has me a little worried on what to suspect. The movie follows five friends who share a loft for extramarital affairs begin to question each other after a body is found there. The movie stars Wentworth Miller, James Marsden, Karl Urban, Rhona Mitra, Rachael Taylor, Isabel Lucas, and Eric Stonestreet.

Project Almanac: Another movie that has been sitting on the shelf for a year (I think even longer) now finally gets released. The movie is about a group of teens that discover a plan to build a time machine and construct one. Of course things don’t go as planned. The movie is producer by Michael Bay and has the found footage format. I honestly don’t know what to make of it.

What movie are you looking forward to?